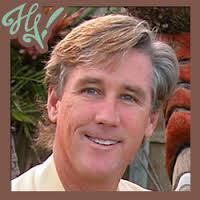 I have enjoyed taking photos since childhood. My first consistent attempts at capturing my world view were with a Kodak 110 pocket camera. I have since graduated to digital photography, now using a Nikon Coolpix P600— a 16 mega pixel camera.  While photography is neither my primary profession nor livelihood, it is one of my passions.  My training has been informal, having learned the art through books,  seminars, and lots of practice.  My subjects of interests run a wide spectrum …from Florida to the Caribbean, from Montana to Mexico …and beyond.

I purposely keep my photography simple.  I use no added lens filters, nor do I normally use computer software to manipulate the images I have captured.  With rare exception, I do not crop the scenes.  Instead, I compose each image as you see it...through the camera viewfinder…each image an expression of my artistic vision…and my pursuit of beauty.

I have endeavored to capture moments in our very special coastal living environment—along the Banana and Indian rivers, and the barrier islands of Florida’s Space Coast.  In 2008 I was as the primary contributing photographer to the 2008 edition of Discover Brevard magazine, an annual publication produced in partnership with Space Coast Business magazine and the Melbourne Area Chamber of Commerce.  In November 2010 my body of work was awarded “Best of Show” at the 36th Annual Homosassa Arts, Crafts, & Seafood Festival.  Since then I have continued traveling to most of the Caribbean shores and to many locations in Europe reachable by cruise ship. As such, my body of work continues to expand and to transform.

I retired as a Colonel from the U.S. Air Force in 2006, after serving 26 years as a rescue helicopter pilot.  I grew up in Ft. Walton Beach, Florida, and entered the service in 1980 after graduating from the U.S. Air Force Academy. I’ve been married 30 years to  Joan (Philipps) of Conrad, Montana, who works as a registered nurse. We reside in Satellite Beach, Florida, with our two cats, Rocky & Lola….and we are  parishioners at Holy Name of Jesus Catholic Community, Indialantic, Florida.